What’s New with the WordPress 4.6 Update? 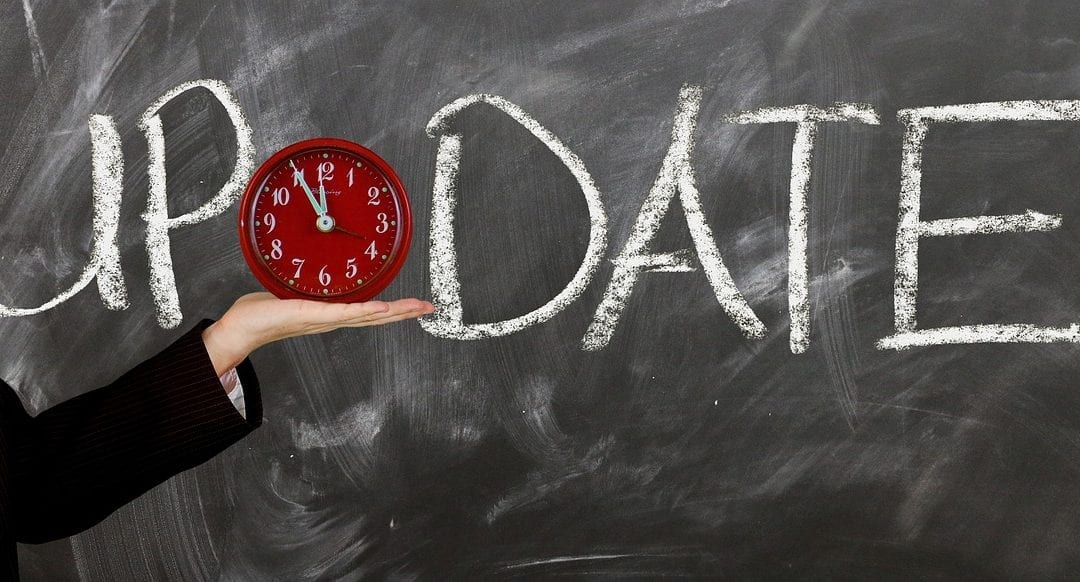 Would You Like to Get Started with Us?
Click To Get Started Today
We would be honored to help you with your WordPress website or blog.

What’s New and What to Expect from WordPress 4.6 Update?

When the beta of the WordPress 4.6 was released, a lot of WordPress users were already following its entire development process. A lot of people were excited for its final release, which was last August 16, 2016. As expected, there were impressive updates done with this newer version that even the beta version has deeply amazed both longtime users and beginners of WP. This version is called as the “Pepper” version named after the Baritone saxophone and clarinet player, Pepper Adams.

Yes, there were a few beta versions released but this made it easier for WP users and followers to check out the new features. They were also able to make short reviews of their discoveries from the new WP version. Most were also impressed with the beta versions and were waiting for the official release of WordPress 4.6 to explore more and newer features.

Even though some say that the features were not really jaw-dropping, they still admit that the huge improvements were amazing. These allow an easy process of managing plugins and themes faster. All of updates made most WP users look forward to updating their WordPress sites. They can also take advantage of all the latest features that the WP team created.

There are a lot of notable features improved with WordPress 4.6. Once you discover them all, you’ll even be more interested in updating your WP site the soonest time possible. Some of these features include the following:

This is one of the latest improvements with the WordPress 4.6. With this latest release, it allows WP users to update, install, and delete themes and plugins a lot faster than before. You may now forget the days when you almost spend several minutes watching the progress screen. This is also every time you are installing a theme or a plugin.

Among the striking changes that WP users could easily notice is the switch to native system fonts from Open Sans. Since the fonts used before were smaller, Open Sans was mostly used as an alternative font. But as more modern devices emerge in the market, native fonts have now improved dramatically.

The switch in this font type is found by many as a great option to increasing the overall performance of their WP site. This font type also provides a consistent feel and look to your site making it more professional to look at. With this, the developers are encouraged to note some specific changes when it comes to the fonts. They also ensure to update it accordingly.

One of the features updated with the WordPress 4.6 is the so-called automatic detection of each link. This is also whether it has correct syntax or not. Whenever a malformed link is detected, this link will have a red dotted line displayed just below the word. Keep in mind that the URL checker will only work if you have inserted links or you have pasted a URL on the text.

As a default function, WordPress will help you save everything that you have written in the browser. These may include the title of the post, the content and the excerpt after every 15 seconds. This is also before the form is submitted. With WordPress 4.6, every time a new content is written in the browser, it will start recovering it prior to auto saving.

Most WP users were impressed of the major features that benefit them in using WP. They loved it as they can use it in a convenient and efficient way possible. Apart from that, there are also notable under the hood enhancements that can increase the functionality of WordPress. This is especially true among developers.

Under the Hood Updates

The WordPress 4.6 version has a lot of updates to boast for. These could help ensure that the WP can maximize their use of every feature. Thus, they can also expect of an easy and convenient experience. Most of these updates play their significant part especially in regard with the main function of WP’s core. These are mostly intended for all developers out there.

The comments in the WordPress 4.6 version will be cached persistently. It means to say that every comment cache will be updated and validated properly whenever changes are made.

The WordPress 4.6 versions now has the register_meta() function that is made for meta keys registration. It works like the register_post_type () function. However, it allows the theme and the plugins developers to make use of a standard way or working with the meta data stored with users, posts, comments, as well as terms object types.

The WordPress 4.6 introduces the new WP_Term_Query that can provide a better structure of generating any term queries. This comes with the WP_Query, WP_Comment_Query, and WP_User_Query classes that contribute to the term query functionalities.

The WP_Post_Type Class is the one that changes the $wp_post_types to different WP_Post_Type objects. It provides the methods of handling post type supports, meta boxes, rewrite rules, taxonomies, and hooks.

Some were pretty impressed of the improvements in installing themes and plugins as changing is now more efficient than ever. This makes attending to all tasks easier done.  Your WP can easily be done and can be completed fast. Also, most of the updates are designed at making use of WP easier and faster. This allows every WP user to improve their site as much as they want.

If you are a WP user, it is best for you to update the WordPress 4.6 version now. And then, let other users know about your experience after using it and recommending it to others.

We would be honored to help you with your WordPress website or blog.

We are dedicated to sharing useful content for WordPress websites in the business & personal communities. This includes any related topics indirectly related to WordPress, marketing, advertising, e-commerce, technology, or any other online subjects we feel would benefit our readers and customers.

Would You Like to Get Started with Us?
Click To Get Started Today
We would be honored to help you with your WordPress website or blog.

Black Friday & Cyber Monday + Lasts Till Dec 4th BUT the earlier you are the more you save! Use coupon code 30OFF12MTHSNOV28 at checkout. It is valid from now till NOV 28th at midnight EST. This discount code gets you 30% OFF any monthly plan for the first 12 months and renews at the normal great rate/value. It gets you 50% OFF any yearly plan and renews at 20% off for life (the % off will gradually decrease up til Dec 4th so hurry)! Dismiss